Note:  A space between words is searched as “AND.”

Both (or all) the words appear in the document

Example: Treasury AND anti-inversion AND guidance [AND must be uppercase]

Example: law OR legislation [OR must be uppercase]

Example: audit* will retrieve all words beginning with "audit," including audits, auditor, and auditing

Example: legislative –history [NOT must be uppercase]

Use fuzzy match to retrieve words with similar spelling

Example: "Ireland inversion"~5 retrieves documents where Ireland is within 5 words of inversion

Example: (Swiss OR Switzerland) AND bank* AND (record or account)

In the search box, type codesections: followed by a code section

Put the citation within quotes:

To retrieve documents with terms appearing in a given field, enter the field followed by a colon and then your term or phrase (phrases should be in quotes).

To search for more than one term in a given field, precede each term with the field name followed by a colon.

Fields can be used together:

Forget the Audit: Trump Should Release His Tax Returns Today 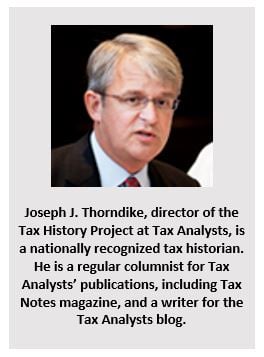 Donald Trump has finally explained – sort of – why he’s been so evasive about releasing his tax returns. Apparently, he’s being audited. But in fact, that’s no explanation at all: Trump is still free to release his returns, and he should do it today.

There are plenty of good reasons why taxpayers under audit might want to keep their returns private. If audited returns are made public, the audit itself becomes a public process. And that’s likely to make it a very tough audit, indeed. The IRS isn’t likely to grant a taxpayer much slack when the rest of the country is looking over its shoulder.

Richard Nixon found that out the hard way in 1973, when he asked the congressional Joint Committee on Taxation to examine his returns (he’d been accused of playing fast and loose with the revenue laws). The committee found numerous problems, some large, others small. But they added up to a big tax bill: $444,022, or about $2 million in today’s money.

No doubt, Trump would rather not release his returns. But who cares? If Trump can’t handle a tough audit, he’s running for the wrong job. Once he’s president, the pressure to release his returns will only grow. Every president since Nixon has released his tax information. (And you can see their disclosures at the Tax History Project.)

Releasing tax returns isn’t required by law. In fact, the privacy of personal returns is absolute, guaranteed for everyone, including candidates and officeholders.

But disclosure is morally required as a matter of public trust. Americans have good reason to worry about the tax behavior of high-ranking officials. After all, when Nixon was actually serving as president, he was claiming unjustified deductions and failing to report all his income.

Americans were in the dark about Nixon’s tax behavior until someone at the IRS leaked information from his returns. But that’s the wrong way to make that information public (which is why it’s illegal for the IRS to disclose taxpayer information of any kind). Tax returns should be disclosed by the person seeking office or holding it.

We all want to trust our candidates for high office. But as Ronald Reagan famously remarked in another context, we should “trust but verify.” The public release of tax returns is the only way we can be sure that candidates are respecting the laws they might some day be expected to enforce.

Trump should release his returns immediately. Even if we give him a pass on returns currently under audit (which we shouldn’t), there is no reason he can’t release past returns that are already settled.

In fact, releasing past returns is part of the tax disclosure we should expect from candidates. Plenty of other White House hopefuls have released many years of past returns. Last summer, for instance, Jeb Bush released returns dating back to 1981, and over the years, Hilary Clinton has also disclosed returns dating to the 1970s. Even candidates stingy with their tax disclosure – like Mitt Romney -- have released more than a single year.

It’s impossible to know exactly why Trump is dragging his feet on disclosing his taxes. Maybe it just seems like the safe and prudent thing to do. As Mike Huckabee advised Trump, “never help someone load a gun when it’s pointed at your own head.”

But Trump is about to discover that nondisclosure can be dangerous, too. Secrecy promotes speculation, which can be more damaging than the truth itself. For a candidate with a complicated financial life, stonewalling probably seems like a good idea. But in our modern era of hyperdisclosure -- when every aspect of candidates' lives is open to vigorous and continual scrutiny -- stonewalling is doomed to fail.

Eventually, a serious candidate will have to do serious things. Trump has earned the right to be taken seriously. Now it’s his turn to get serious about his tax disclosure.

Trump should make a down payment on his tax transparency by releasing at least five years of tax returns, including the one currently under audit. And he should do it today.

Viewpoints from our experts

Our contributing editors are experienced tax lawyers, prolific writers, and gifted speakers…and they aren’t shy about sharing their opinions.