As states shift their attention to laws requiring marketplace facilitators to collect sales tax on sellers’ behalf, a number of smaller online players are finding they are locked into burdensome collection regimes.

In the immediate wake of the South Dakota v. Wayfair Inc. decision, online sellers of all sizes rushed to register with state tax authorities. But now retailers making most or all of their sales through marketplaces find themselves still registered for a tax they may no longer have to collect and are looking to ease the administrative burden.

Paul Rafelson, executive director of the Online Merchants Guild, told Tax Notes June 3 he believes that, from a constitutional law perspective, states can't uphold most of the taxes assessed against these sellers based on current state filing requirements. A lot of sellers, however, thought they needed to register to collect taxes from customers because they got bad advice from accountants and software companies.

Those sellers “now they find themselves in the position where they’re going to spend a lot of money trying to get out of these states,” Rafelson said. “A lot of people are going to be looking at the situation that they’re in right now and be pretty angry that they registered and feel pretty duped.”

Rafelson said he was hoping states would come up with a way to allow these sellers to close their accounts, but one problem marketplace sellers may have is that some states still wrongly treat such transactions as a nexus-creating activity.

Rafelson noted that the California Department of Tax and Fee Administration has published guidance clarifying that remote sellers that registered to collect the tax can close their accounts if they do not meet the state's new collection threshold or have sufficient contacts to make it a retailer engaged in business in the state.

California recently amended its remote seller law thresholds from $100,000 in annual sales or 200 transactions into the state to $500,000 in total annual combined sales by the retailer or persons related to the seller.

Rafelson argued that to ensure states are not burdening small businesses, marketplace sales should not be included when calculating the thresholds for remote sellers. He said he also doesn't believe there's much of a constitutional basis for requiring a remote seller with only a small dollar amount in sales to register based on just the number of transactions, and said states should eliminate the transaction threshold.

Rafelson said states had 26 years between Quill Corp. v. North Dakota and Wayfair to make tax compliance easy, “but we’re still in a place where there's no uniformity and there’s nothing easy.” Now small business owners have to pay the price, he said.

“Why is business innovation having to slow itself down to accommodate [states'] dysfunctional behavior?” asked Rafelson, adding that he asked this same question in his brief to the Supreme Court in Wayfair.

Mike Ralston, executive director of sales tax administration at the Indiana Department of Revenue, told Tax Notes May 28 that remote sellers that registered before passage of the state’s marketplace facilitator legislation have been asking the DOR whether they still need to be registered to collect the tax if they're selling only through marketplaces.

Ralston said the advice the DOR is giving is that the remote sellers can close their accounts if they are selling only through marketplaces that are collecting taxes on their behalf, or they may reduce their filing frequency to annually if they want to maintain their accounts.

But Ralston clarified that if a marketplace is collecting tax on behalf of a remote seller, Indiana does not include those marketplace sales when calculating the remote seller's threshold, saying he believes this rule is a little different than in most other states. Because of this, he said, remote sellers making the bulk of their sales through marketplaces may technically no longer have a registration requirement in Indiana.

Ralston said a significant number of businesses that appear to be remote sellers are already registered to file returns on a less-than-monthly basis, adding that this is most likely because the sellers met the 200-transaction threshold but have a fairly low tax liability.

Alison Jares, deputy director of the South Dakota DOR, said that after her state enacted marketplace facilitator legislation, some remote sellers that registered individually have asked to close their accounts because they sell only through marketplace platforms. She raised the issue during the May 6 Streamlined Sales Tax Governing Board’s State and Local Advisory Council meeting in Providence, Rhode Island.

South Dakota in September 2018 enacted legislation requiring marketplace providers to obtain sales tax licenses and remit taxes on behalf of sellers using their platforms by March 1. Remote sellers with gross revenue from sales in South Dakota exceeding $100,000 or making 200 or more transactions in the state were required to collect and remit the tax beginning November 2018.

Jares said during the governing board meeting that South Dakota is testing whether remote sellers that sell only through marketplace platforms and collect the tax on third-party sales can be treated as nonfilers. She told Tax Notes May 6 that she had just drafted the policy for the DOR staff who register the remote sellers and would be checking to see what types of questions they are getting from sellers.

Requiring a remote seller to file returns when it has no tax liability may result in the seller having to pay someone to file the returns, or cause a delinquency problem because the seller may not know it has to file or may forget to file in the state, Jares said. She added that keeping the remote seller registered provides the state with information to contact the seller if necessary and gives sellers the responsibility to notify the DOR if they start to sell goods through channels other than the marketplace platforms.

Scott Peterson of Avalara Inc. told Tax Notes June 7 that from his perspective, allowing marketplace sellers that don’t have an obligation to remit sales tax to close their accounts with a state tax department would be better than treating them as nonfilers, though he noted that this may also depend on the state’s laws.

Peterson said that tax departments wouldn’t get information on the marketplace sellers' activities under either scenario, but that treating the sellers as nonfilers would leave departments to later wonder whether an account still needs to be open or if the company has gone out of business.

States also need to become better at contacting remote sellers and marketplace facilitators regarding their remote sales tax rules, Peterson said. States have generally done a good job of making it clear on their websites what remote sellers are required to do, but that still means retailers must either get to the website or call the state revenue departments, he added.

While time will obviously solve some of the confusion issues, Peterson added, more outreach and clarification are necessary from states on what some terms in the facilitator laws mean and who is not subject to the collection and remittance requirements.

Hamilton Davison, president of the American Catalog Mailers Association, said that “several states have sought to apply new standards with little or no notice to remote retailers.” He added that “the uncompensated financial costs and business challenges of implementing new software to ensure compliance in hundreds, if not thousands, of taxing jurisdictions, have been enormous and continuing.”

Davison added that group members had hoped “states would implement Wayfair in a way that adequately took into account the industry’s interests, and consider adopting the features of the South Dakota law that the Supreme Court described as mitigating the burden on interstate commerce of tax collection.” But, he said, “states are adopting approaches that are quite different from the Wayfair guidance,” adding that many states rushed the implementation of post-Wayfair rules before the industry had time to prepare for the collection of sales taxes in multiple jurisdictions.

Sign up for free trial to have unlimited access to tax news. No credit cards. No commitment. 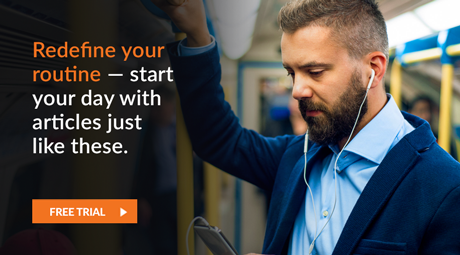 There is a reason why tax experts have been turning to Tax Notes every day for 50 years. Tax Notes has more reporters and commentators dedicated exclusively to tax issues than any other news service, and it uncovers developing issues to make sure you know exactly what they mean for you.

With unsurpassed tax news coverage, fully customizable email alerts, and searchable archives with over 4 million documents, there is plenty of evidence for why leading tax professionals rely on Tax Notes for timely, reliable, and comprehensive information.